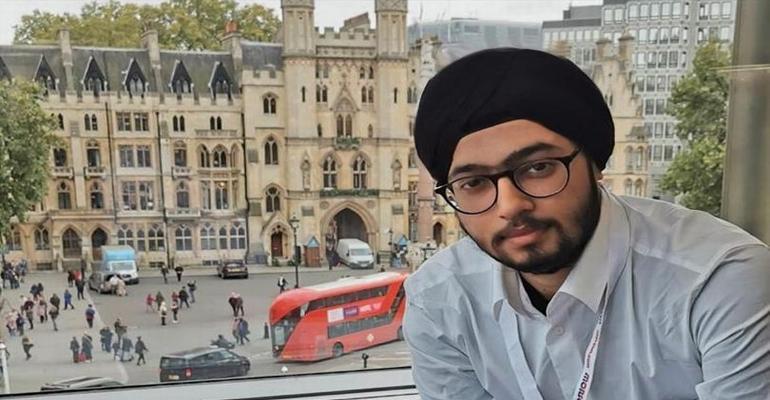 Leicester, Jun 2020 -(Amanjit Singh Khaira )- A 22-year-old Leicester student  has been using his free time to 'ethically hack' huge corporations like Google and Apple. Computer science student Prabhjot Dunglay, from India, who moved to the city to study at the University of Leicester, has been working freelance as a 'bug bounty hunter' for a year. And his work posing as a hacker and trying to find vulnerabilities is helping to keep customers' data safe. He said: "I was inspired to go into cyber security because there has been a lot of data leaks recently, particularly in the last two to three years. "I had my placement year last year, and I learnt a lot about how to identify these leaks in websites. "So I decided I would use my knowledge to identify them, and let the companies know where the leak is."

The practice that Prabhjot uses is called 'penetration testing', which shows where domains are vulnerable to hackers. He then informs the company of the vulnerability, which can then be fixed, often helping to secure the data of many customers. Most recently Prabhjot said he uncovered a leak in Apple, for which he was acknowledged in their 'hall of fame'.

He added: "Some hackers will find the data leak and sell that data for a lot of money on the black market. m"Instead of hacking into companies and selling the data, I want to help them to secure themselves.

As well as Apple, he has helped Google, Dell, Surveymonkey, Currencycloud and Sprout Social   Most companies will pay for 'bounty hunters' for informing them of these leaks - although at the moment it is freelance for Prabhjot

Prabhjot said: "I am looking for a full time job in cyber security now, and penetration testing. "But with the current coronavirus situation, it's really hard." Prabhjot said that he wanted to tell his story to hopefully inspire other young people to get into computer science and cyber security. He said: "I want to convince youngsters to get into it, and the motivation to pursue it. m"There is a shortage of cyber security professionals, but also a boom in the market because of recent data leaks."