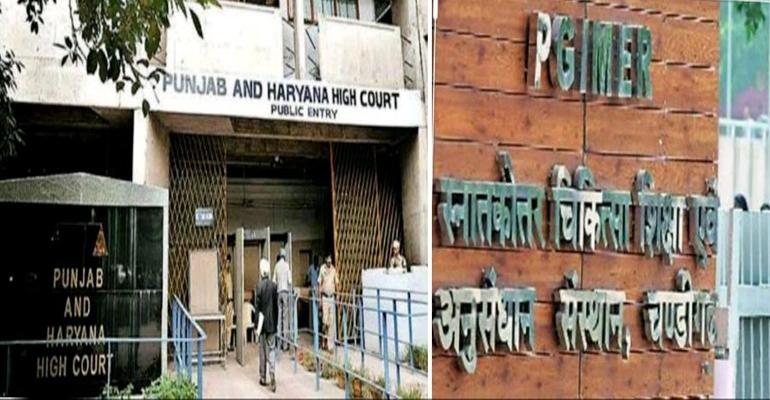 Chandighar(B.S SHARMA,RANA SHEIKH DAULAT) the Punjab and Haryana High Court gave strict instructions on the matter of strike or hunger strike by the new Employees Union of PGI and said that those who do so should be arrested immediately. Justice Arvind Singh Sangwan said in the judgment that the DC and SSP of Chandigarh should ensure that the directions given by the High Court in this regard are not ignored. On behalf of the PGI, a petition was filed in the High Court that the new Employees Union was preparing to go on strike or hunger strike with their demands. It is being claimed that he has also taken necessary permission from DC to go on hunger strike.The petition said that the High Court had clarified in its orders dated 27 August 2019 and then on 6 March 2020, that no work should be done by the Employees Union which disrupted the work of PGI. Time was also assured in the court on behalf of the Chandigarh administration that a police force has been deployed in DJ for the strike which will deal with any unpleasant situation as per law. The High Court had directed the administration to stop the union from interfering in hospital activities. The petition on behalf of PGI said that if the Employees Union is on strike or goes on hunger strike, it will ignore the instructions issued before the High Court. Therefore, action should be taken under contempt of court.