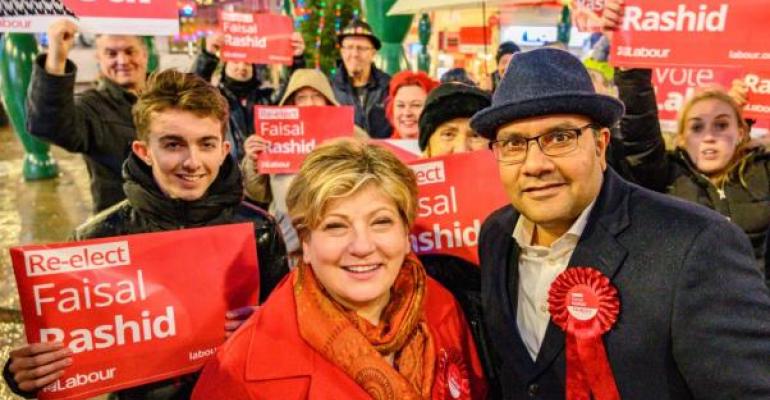 Faisal Rashid has condemned the tactics of public harassment and intimidation carried out by Tory-supporting activists in Warrington South. These tactics first emerged when these Tory supporters targeted Faisal Rashid’s pop-up surgeries around town, making it difficult for him to fulfil his public responsibilities as a local MP.

They were deployed again when the Shadow Foreign Secretary Emily Thornberry visited Warrington on 22nd November. The same group of Tory activists shoved and jostled Labour supporters who had gathered to welcome the Shadow Secretary of State to the town. A Labour supporter was punched by one of the Tory-supporting activists.

The protestors continued to harass Labour supporters after the meeting, following them all the way back to the local campaign office despite repeatedly being asked not to do so. The protestors shouted insulting and derogatory remarks, urging one Labour supporter to “go back to where you came from”.

The activists included the leader of the ‘Warrington 4 Brexit’ group who has been campaigning on behalf of the local Tory parliamentary candidate.

Faisal has urged the local Warrington South Conservative candidate to publicly condemn these tactics and disown those involved.

“During my time as MP for Warrington South, I have tried my best to remain as open and accessible as possible. I met with ‘Warrington 4 Brexit’ to listen to their views, and while we did not agree on much, I am always committed to having a fair and respectful exchange of views with everyone.

"I am therefore saddened that these activists have since embarked on an unpleasant campaign of public harassment and intimidation. Despite them urging ‘respect for democracy’, these tactics are neither respectful nor democratic. It is not right that these events must be organised in secret for fear of right-wing activists turning up to cause trouble and harass attendees.

"I am alarmed that these activists also appear to be campaigning on behalf of the local Conservative Party candidate. I urge the Tory Warrington South Parliamentary candidate to unreservedly condemn these tactics and publicly distance himself from ‘Warrington 4 Brexit’.

“The Conservative Party has been courting the far-right for too long. Recently, Boris Johnson was endorsed by Tommy Robinson - I think that says it all about the present state of the Tory Party.

The Labour Party stands for friendship, equality and liberty. We will not be intimidated, nor will we be forced to stop campaigning in this General Election - no matter how hard Tory-supporting activists try to stop us exercising our democratic rights." 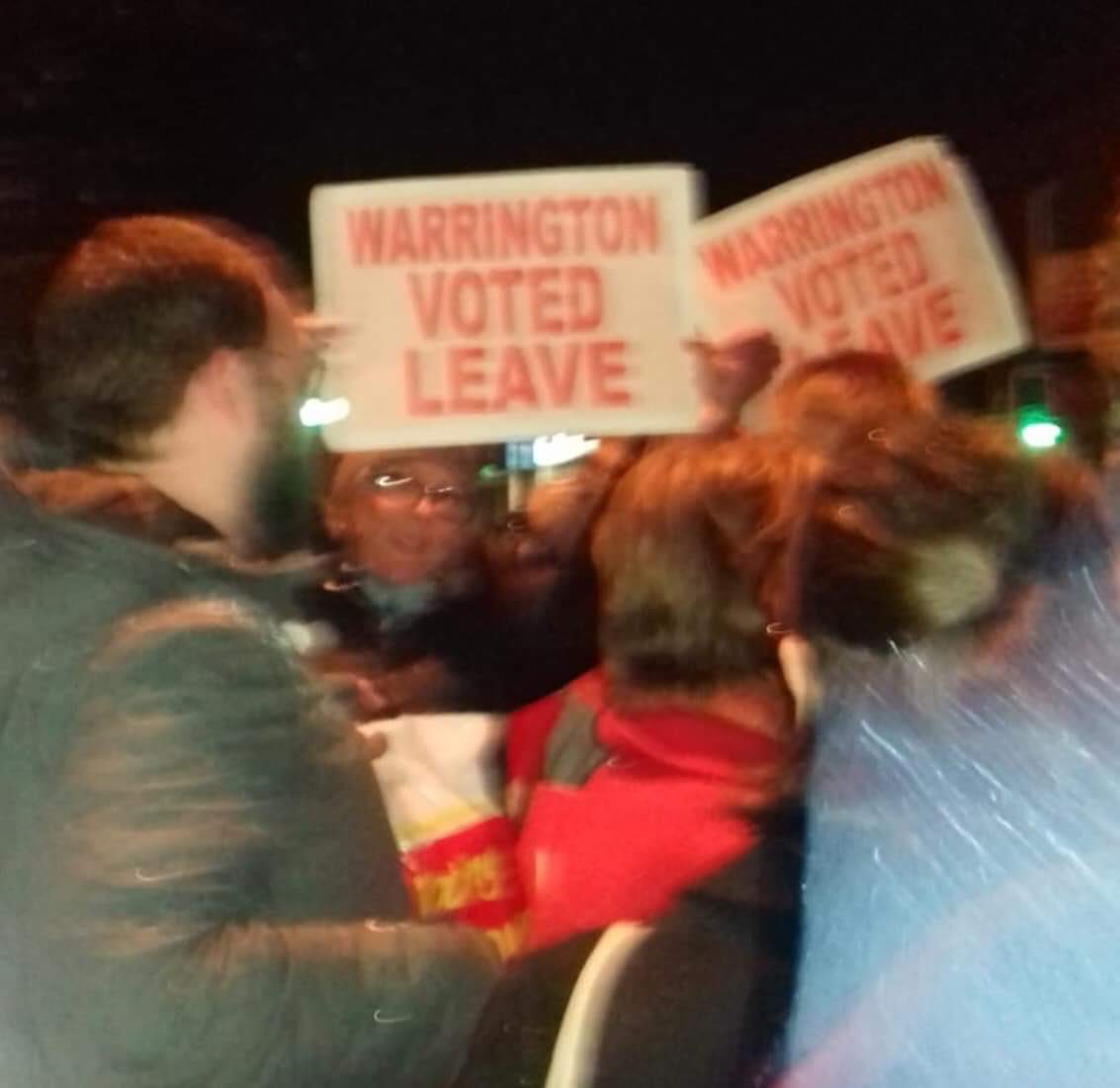